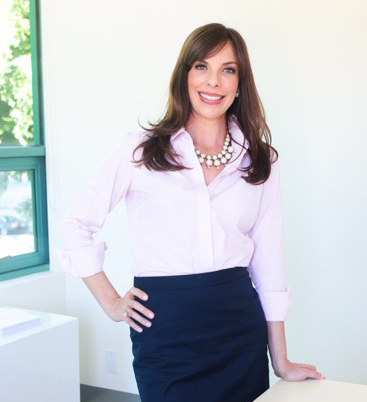 Kacey McBroom is a founding partner of California law firm KAEDIAN LLP. She focuses her practice on white collar and general criminal defense and certain civil matters, particularly when they intersect or overlap with criminal concerns. She represents defendants throughout California in a wide variety of federal and state cases.

Prior to forming KAEDIAN LLP, Ms. McBroom was a senior level associate with a respected Los Angeles defense firm where she practiced both criminal and civil defense litigation. She has handled pretrial negotiations, investigation, case analysis, trial preparation and multiple trials from inception to verdict. Ms. McBroom’s impressive caseload has varied across the criminal and quasi-criminal spectrum. Her state criminal practice has ranged from DUI to grand theft to attempted murder. Her white collar practice has included defending individuals charged with securities fraud, insider trading, Medicare fraud, wire fraud, obstruction of justice and RICO violations and insurance fraud. Ms. McBroom has also handled civil and quasi-criminal matters, defending businesses, entrepreneurs and individuals across multiple industry sectors in the civil context. She left the firm to pursue a lifelong dream of having her own practice and to represent the clients who would benefit most from her undivided attention and wide-ranging experience.

Ms. McBroom first honed her criminal defense skills as an associate with The Law Offices of Randolph & Associates and then as a Deputy Public Defender for the San Bernardino County Public Defender’s Office. Both opportunities gave her a depth and breadth of experience that few attorneys can match, and exposed her to cases involving armed robbery, battery, sexual assault, white collar crime and DUI defense. Ms. McBroom began her legal career as a law clerk to noted criminal defense attorney Gigi Gordon at the Post Conviction Assistance Center in Los Angeles. Ms. Gordon was known nationwide for her work fighting disgraced law enforcement officers and challenging the testimony of jailhouse informants and preserving DNA evidence to exonerate those wrongfully convicted. In her capacity as Ms. Gordon’s law clerk, Ms. McBroom conducted investigations into the criminal convictions achieved in part by the perjured testimony of disgraced Los Angeles Police Department officers from the Rampart Division.

Ms. McBroom obtained her J.D. from the University of Southern California and her Bachelor of Arts in History from Brown University. While in law school, she served as a law clerk for the Civil Division of the United States Attorney’s Office in Los Angeles, a summer associate with Quisenberry & Kabateck LLC and a certified legal intern for the Post Conviction Justice Project, a clinical program at the University of Southern California that provides legal representation to parole-eligible inmates serving indeterminate life sentences for murder in California state prisons.

Outside of her client work, Ms. Broom is also an active member of the California Public Defenders Association and of the Los Angeles County Bar Association’s Criminal and Litigation Sections.

We use cookies on our website to give you the most relevant experience by remembering your preferences and repeat visits. By clicking “Accept”, you consent to the use of ALL the cookies.
Cookie settingsACCEPT
Manage consent

This website uses cookies to improve your experience while you navigate through the website. Out of these, the cookies that are categorized as necessary are stored on your browser as they are essential for the working of basic functionalities of the website. We also use third-party cookies that help us analyze and understand how you use this website. These cookies will be stored in your browser only with your consent. You also have the option to opt-out of these cookies. But opting out of some of these cookies may affect your browsing experience.
Necessary Always Enabled

Any cookies that may not be particularly necessary for the website to function and is used specifically to collect user personal data via analytics, ads, other embedded contents are termed as non-necessary cookies. It is mandatory to procure user consent prior to running these cookies on your website.