In the March 15th issue of the Daily Journal, Labor and Employment Partner Nannina Angioni pens an article covering e the legal risks associated with employers allowing employees to discuss politics or actively campaign in the workplace.

The article – “Feelin’ the Bern (or not) at work?” –  reflects Angioni’s view that the heightened tensions and emotions associated with this particular election season are incendiary, particularly at work.  She thinks employers would be wise to update harassment and discrimination policies accordingly, remind employees about expectations around these issues and be watchful for when casual political conversation escalates.

The full article is available to Daily Journal subscribers here. 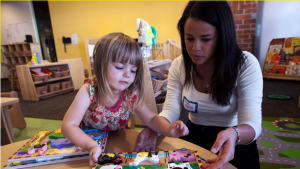 Kaedian LLP Labor & Employment Partner Nannina Angioni is interviewed for Fast Company and addresses why employers offering on-site childcare is not as easy – legally speaking – as it might seem at first blush.  Read her take, and the whole interesting article, in Fast Company here.

Partner Kacey McBroom analyzes the impact the recent decision in People v. Perez will have on coerced confessions by law enforcement her in CA.  In light of the blinding success of crime documentaries like “Making of A Murderer”, law enforcement tactics are again in the spotlight.  Where is the line between acceptable interrogation and improper coercion? People v. Perez gets us a little closer to that, but still not close enough.  McBroom posits that Perez may well force  law enforcement to get more creative in how they suggest cooperation and still preserve the confession for use in court.

Yet another case making headlines in which an innocent person serves time for a crime he likely didn’t commit – but in this case, Enger Javier spent two years in Rikers before being granted bail and has been on house arrest for almost two additional years awaiting trial.  The details of the case against Enger Javier can be found in this article.

The presumption of innocence does not apply when deciphering bail.  The judge is to assume the charges are true and then make an assessment as to the flight risk and danger to the community.   The court typically will not hear argument concerning the strength of the people’s evidence or evidence which exonerates the defendant at the bail setting stage.  The result is that an innocent man without the financial means to post bail is deprived of his freedom for many months, even years, prior to trial.

This case is an example of how law enforcement can get carried away with their own narrative.  Once a narrative has been settled upon, law enforcement sometimes shoehorns in evidence which doesn’t quite fit, giving little credence to – or choosing to disregard – evidence tending to challenge that narrative. This is a far cry from objective investigation and fact-finding and gives honest, ethical officers a bad name. 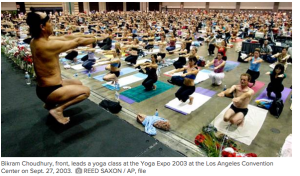 In the first of many cases filed against Choudhury Bikram to go to trial, the jury sends a clear message – finding in favor of plaintiff on every one of the 25 pending causes.  The next step is a consideration of punitive damages which we should know more about today.  No matter what, this verdict should influence the defense’s approach to preparing for trial moving forward.  The jury  clearly was not convinced that evidence of Bikram’s name-calling, profanity, and sexually-charged requests were merely part of his yoga “character” or “act” and not prohibited sex-based discrimination. More information on the case available here.
UPDATE: Bikram Choudhury hit with $6.4 million in punitive damages.  The jury found that Choudhury acted with malice, oppression, and fraud in his dealings with the plaintiff.  This demonstrates that even in cases where a plaintiff’s hard damages, such as lost earnings, aren’t too high – when you have punitive damages on the line, the exposure increases exponentially.  More information on this latest development here.
– Nannina Angioni 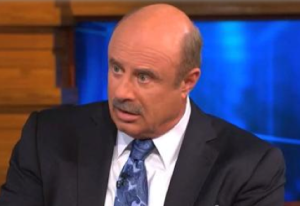 Partner Nannina Angioni has her own take on the high-profile case filed by employees of talk show host Dr. Phil.  The employees allege, among other things, that he locked 300 employees in a room for hours and berated them as part of an “investigation” into media leaks.  Angioni points out that this a perfect example of how not to conduct a workplace investigation – even if you are known for taking a hard line and using unorthodox tactics in your public life and profile.  This sort of approach can have far reaching legal consequences for an employer.  Better practices, according to her, include planning ahead, remaining objective and being thorough but moving swiftly to conclude the investigation in a timely manner.

A full recap of events leading up to the salacious case can be found here. 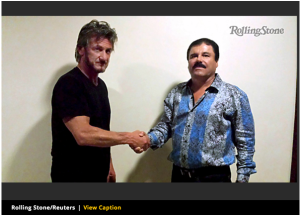 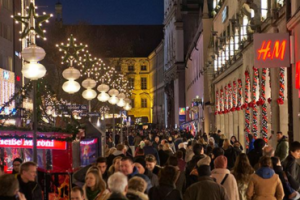 Partner Kacey McBroom addresses common holiday shopping concerns and how to stay safe from thieves for a TheStreet.com article.  The full text can be found here. 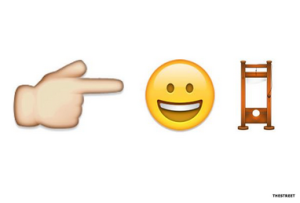 Privacy and clarity take center stage as Partner Nannina Angioni is interviewed on the do’s and don’ts of employee termination in today’s TheStreet.com article on modern firing.  The full article can be found here.

On Saturday October 10th, Partner Kacey McBroom took part in a lively and informative panel discussion on the issues of gun law reform and mental illness.

We use cookies on our website to give you the most relevant experience by remembering your preferences and repeat visits. By clicking “Accept”, you consent to the use of ALL the cookies.
Cookie settingsACCEPT
Manage consent

This website uses cookies to improve your experience while you navigate through the website. Out of these, the cookies that are categorized as necessary are stored on your browser as they are essential for the working of basic functionalities of the website. We also use third-party cookies that help us analyze and understand how you use this website. These cookies will be stored in your browser only with your consent. You also have the option to opt-out of these cookies. But opting out of some of these cookies may affect your browsing experience.
Necessary Always Enabled

Any cookies that may not be particularly necessary for the website to function and is used specifically to collect user personal data via analytics, ads, other embedded contents are termed as non-necessary cookies. It is mandatory to procure user consent prior to running these cookies on your website.